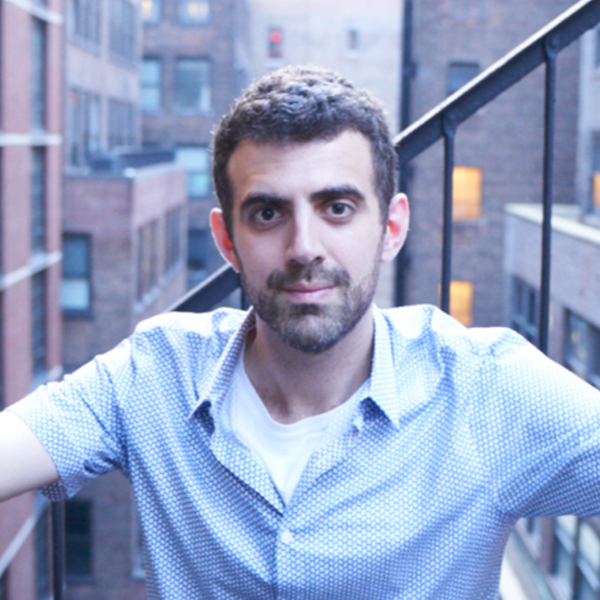 Morril is one of the fastest-rising stand-up comics in New York City and one of the best joke writers in the scene today. He is a regular on Comedy Central’s This Week at the Comedy Cellar, where he appears frequently when not touring cities across the nation. He was named one of Comedy Central’s Comics to Watch in 2011 and has performed multiple stand-up sets on The Late Show with Stephen Colbert, The Late, Late Show with James Corden and Conan. He’s also had stints on Last Comic Standing, America’s Got Talent, @midnight with Chris Hardwick, and Inside Amy Schumer.

Most recently, Sam self-released his stand-up special, Up On The Roof, in which he navigates performing live during COVID. In February 2020, Morril released his 3rd stand-up special for Comedy Central, I Got This on their YouTube channel and received over 1.5 million views within the first two weeks. Morril then later released it as a comedy album with 800 Pound Gorilla Records.

In 2015, the comedian recorded his debut album, Class Act, with Comedy Central Records, which went to #1 on iTunes and made numerous top 10 lists and appeared on season four of Comedy Central’s The Half Hour. His first one hour special, Amy Schumer Presents Sam Morril: Positive Influence premiered on Comedy Central in 2018.

Morril was the host of his very own show on MSG called People Talking Sports, which ran for two seasons and received an Emmy® nomination. Morril also has a cameo in the Academy Award nominated film, Joker.

Sam Morril, one of the fastest rising comics in NYC and is a nationally touring comedian widely known as one of the best joke writers on the scene today. The New York Daily News called him "one of the four funniest in New York."

In his earlier years, Sam won The Laughing Skull Comedy Festival in Atlanta, beating out over 600 applicants. Shortly after, he was named one of Comedy Central’s “Comics to Watch.”

With three TBS' Conan appearances under his belt, Sam released his first Comedy Central Half-Hour Special and his debut album, “Class Act,” on Comedy Central records. Both were met with rave reviews. “Class Act” went on to be #1 on iTunes comedy specials and was ranked number 6 in The Laugh Button’s review, “Best comedy albums and specials of 2015.”

Most recently, Sam was the third stand-up comedian to grace “The Late Show with Stephen Colbert” stage with his jokes, following stand-up legends Jerry Seinfeld and Maria Bamford.

Sam is a regular on Fox News’ “Red Eye”, and has been seen on Comedy Central’s “Adam Devine’s House Party”, “@Midnight”, “Inside Amy Schumer”, NBC’s “Last Comic Standing” and the current season of “America’s Got Talent.”

As popular online comedy magazine, Splitsider, says: “Morril has a knack for making the potentially unfunny very funny, while still leaving enough bleakness lingering in the void to remind us that jokes are merely coping mechanisms, not problem solvers.”

When he is not on the road touring, you can see Sam regularly in New York City at The Comedy Cellar and various other clubs and indie shows. You can also see him every week day hosting his new show on MSG, People Talking Sports and Other Stuff.