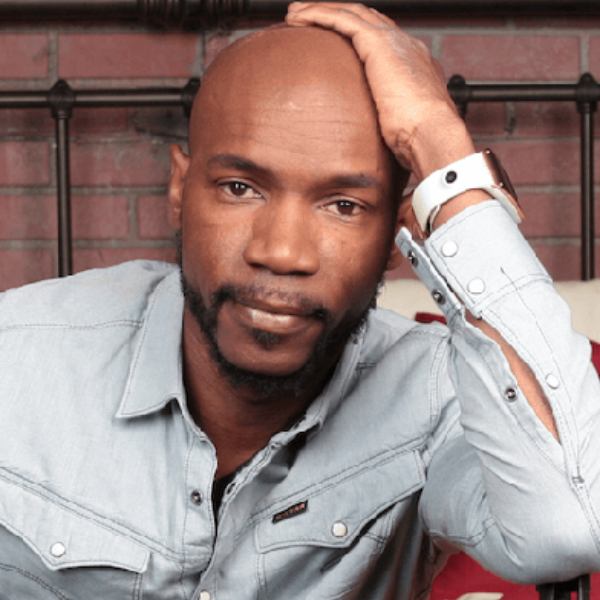 Tickets are $10 MORE at the Door

UNIVERSITY PLAZA provides a wondeful discount for all our guests with reservations made with the following link: bit.ly/BlueRoomComedy

Rooms are usually $129 a night and our customers receive a rate for $89 a night by making reservations with the link above.

Ian Edwards was born in England and raised in Jamaica. His family moved to NY when he was 17. The United States is a great place to live, but not when you have a third world accent and are friendless. While he was literally slanging burgers at Burger King in East Meadow, Long Island, he turned to see his co-workers laughing. Another employee Greg Ellis had them on the floor in stitches. Everyone loved Greg, because he was funny, and when you worked with him, he made an 8-hour shift fly by. That's when it hit Ian. He needed to tap into his funny side. In England and Jamaica he was a funny kid, but somehow he’d forgotten that part of him. From then on he became the second funniest person at Burger King. He even made the prince, Greg laugh. One day a customer whose order he’d taken at the drive thru, told him he was funny, and should try stand up. He was 21, and needed to do something with his life. Ian went down to Governors Comedy Club and bombed his ass off. He put on a clinic of, what not to do. Only one joke worked, because he managed to say it right. So Ian figured, once he controlled his nerves, he'd be all right.
Ian’s recent writing credits include Co-Producer on season 2 of Friends From Collage on Netflix, Co-Producer on Crashing HBO. Producer for the animated series, Sugar and Toys, on Fuse. Season 1 of ABC’s Black-ish (full time staff writer), season 1 of NBC’s The Carmichael Show (consultant/advisor) along with Ice Cube’s Barbershop 3 (punch-up) and CBS’ Two Broke Girls. And wrote Undercover Brother 2 for Universal. Additionally, Ian is coming off 2 features on the acting side. Sean Baker’s Indie Spirit Award nominated film, Tangerine (Best Feature category). Prior to the nomination this film had a successful unveiling at Sundance 2015 and was distributed theatrically by Magnolia Pictures (on Netflix now). The other feature is Jeff Garlin’s Dealing with Idiots, where Ian was opposite JB Smoove and Natasha Leggero. As a stand-up, Ian released his debut album 100% Half Assed on Conan O’Brien’s record label, Team Coco Records. He is the first comedian signed to the label. The press outlets that covered Ian during this campaign include Entertainment Weekly, The New York Times Magazine, Huffington Post, Paste Magazine, Marvel Comics, Thought Catalogue, The Onion AV Club, The New York Observer, LA Weekly, Penthouse Magazine, Big Think, Exclaim and The Good Men Project. This is along with television appearances on Conan, @Midnight, Huffington Post Live, and radio interviews on NPR’s Bullseye with Jesse Thorn, KROQ’s Kevin and Bean Show, Sirius XM’s Opie and Anthony, WTF with Marc Maron and Joe Rogan’s podcast. Additionally, he has had jokes featured in both The New York Post and Time Out LA.
In previous years Ian has appeared on Conan 4 times, and can be seen on Comedy Centrals New Negroes. Played Skull on several episodes of season 2 of Friends From College. Was a regular cast member on season 6 of MTV’s hit show Punk’d, was a writer on shows such as SNL, Cartoon Network’s The Boondocks and MTV’s The Lyricist Lounge, and performed as a stand-up on shows such as HBO’s Bad Boys of Comedy, Showtime’s Live Nude Comedy and the Comedy Death Ray Album. Furthermore, Ian’s podcast Soccer Comics is housed on the All Things Comedy Network, partnered with Laughspin.com.
In addition, Ian has been invited to perform at some of the more prestigious festivals such as Montreal Just For Laughs Comedy Festival, HBO’s Aspen Comedy and Arts Festival, Edinburgh, Bridgetown, San Francisco Sketchfest, Moontower Comedy Festival in Austin and Jeff Garlin and Michael Moore’s festival, Traverse City Winter Comedy Arts Festival. Ian also has had jokes featured in The New York Post and Time Out Los Angeles last year.