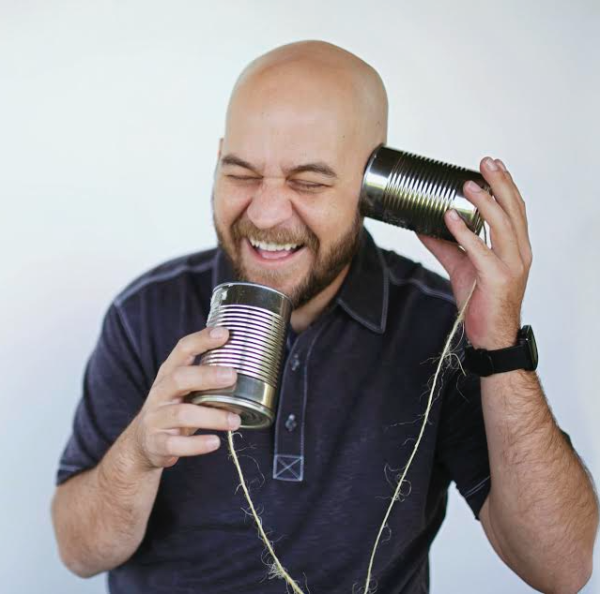 Tickets are $10 MORE at the Door

FREE PARKING on the southside across from Blue Room, The Olson building on Saint Louis street has plenty of parking on busier nights

UNIVERSITY PLAZA provides a wondeful discount for all our guests with reservations made with the following link: bit.ly/BlueRoomComedy

Rooms are usually $129 a night and our customers receive a rate for $89 a night by making reservations with the link above.

"Mike Baldwin simply went out night after night and delivered top notch comedy. His style is instantly likable, entirely personal and it highlights his attention to detail. His material is crisp and perfectly efficient and he supplements that material with subtle but perfect facial expressions and vocal inflections. His dominance in this competition is best expressed this way: He won three of the six nights of his preliminary week. He won five of the six nights of the Semi-Finals. He won four of the five nights of the Finals (and the one night that the judges didnt have him winning, the audience booed the decision and chanted his name.) And, despite his dominance, the other competitors this year couldn’t even be mad at him… not only because Mike is simply really nice but also because Mike is simply really funny."

After winning the Trial By Laughter in Indianapolis, becoming a finalist in the San Francisco Comedy Competition, being TWICE named Funniest Comic in Kansas City, winning the 2011 Seattle Comedy Competition, and having his debut album go all the way to #8 on the iTunes US comedy charts, Mike Baldwin has proven that he just might become the next big thing!

"Mike Baldwin is a funny bastard and a great guy!"
-Jimmy Shubert

"Mike Baldwin is one of the funniest comedians working today."
-Dave Landau

"Mike is a very clever writer and a joy to watch."
-Mark Sweeney

"One Word: Funny. There's no one to compare him to. Mike Baldwin is the new Mike Baldwin."
-James Inman

"One of the most effortlessly funny guys I know."
-Josh Sneed

"Mike has a rare ability among performers to connect with the crowd."
-Tom Simmons

"Not only is Mike Baldwin one of the funniest comedians I've ever seen, he's also my best friend!"
-David Nickerson

"I don't watch comedy, so I didn't see it, but it sounded like you killed it!"
-Jim Norton

"I can't fly with all this pot, so you can have it. When you get to where I'm at, I hope you give your feature act pot."
-Tommy Chong

"I will, Tommy Chong!"
-Mike Baldwin

"Baldwin tells his stories with a childlike enthusiasm, almost as if hes impersonating the way a 9-year-old talks about what happened to him on the bus on the way home from school. He shares his stories with us like hes talking to his best friend and he knows he can be totally honest."
-ComedyReviews

"There’s no high-energy entrance, no major attempt to rile his crowd up – but it soon becomes clear that Baldwin just doesn’t need to. Baldwin’s stories are stealthily well-crafted, to the point where you could easily forget being in a comedy club and instead feel as if Baldwin is sharing a drink with you at the bar, recounting tales from his past. There’s a comfortable sort of kinship he creates that makes me want to invite Baldwin to all of my parties and outings simply for entertainment value."
-UnderTheGunReview.net

"The next big thing: Mike Baldwin has twice been named Kansas City's funniest comic and has a local charm with his audiences, and has been steadily growing in popularity throughout the Midwest. Mike will keep you laughing..."
-Examiner.com

"...only Mike Baldwin (who went on to take first in the final five for the night) was able to make me forget about judging and just laugh at the comedy..."